After such a hectic time the past few weeks I am happy to finally be writing to you with the first round of the 2016 season done and dusted, complete with one precious championship point in the bag! I ?am ?also leading the European Women’s Cup part of the championship once again after winning that while finishing in 15th position in the overall standings in the race here at Motorland Aragon yesterday. Lots of work still to come but the season has certainly ?started off on the right foot!

The weekend at Aragon was a long one..  After flying in to Barcelona late last week we soon headed to the beachside town Calafat for the official WIL Sport European Junior Cup pre-season test. Here we got our bike for the season and had some time to set the suspension settings to our liking. The two days testing at this tight and twisty circuit were successful and we then headed to a completely different style circuit – Motorland Aragon – for the first race of the European calendar. Aragon is a spectacular facility, with the world class Grand Prix circuit, as well as motocross, karting, supercross, enduro and flat track circuits all in one complex funded by the government. Motorcycle racing is second in popularity only to football here in Spain so you can imagine the amount of crazy fans that pile into this place. ?

On Thursday we completed a track walk of th?e? circuit? and had the World Superbike official briefing and photos. It was certainly nice to be back amongst the professionalism of this paddock, and see all the familiar friendly faces. 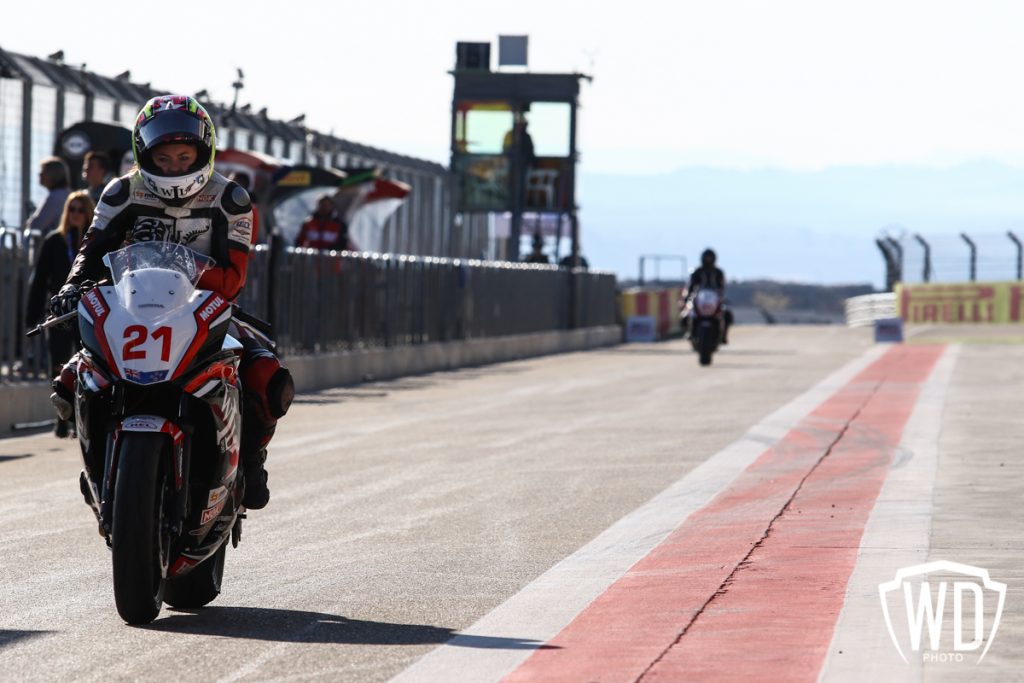 Friday bought a frosty and blustery wind which caused havoc in many sessions, including many riders going down as even the superbike front wheels were being caught by the gusts.  Luckily my class wasn’t out until 5pm and the wind had died down a little by then. I eased into things and ended the session up in 15th position which was an OK starting point. Overnight we made a few big changes to the bike set up in search for something that would work better on these fast, flowing corners.

The change seemed to work well in second practise on Saturday morning as I felt good on the bike, only slowed down by the fact I couldn’t feel the tips of my fingers or toes! It was absolutely freezing! Just 1.5 degrees’ air temperature when we drove to the track that morning, but has risen to about 7 degrees for our session. These conditions caused every one of the bikes in our class to tear rear tyres like crazy. Fortunately for our qualifying on Saturday afternoon, we had a set of new Pirelli’s and the conditions has warmed up, enabling us to get some valuable track time in. The track time was great, but annoyingly my fastest lap was actually my first flying lap of the session! I was extremely disappointed to end up in 20th position overall, not because of the position but because I wasn’t riding to my full potential.

Overnight I sorted myself out and came on Sunday with a more relaxed attitude. After a good start I got up to 14th position on the first lap, then had a magnificent tussle with a few riders for most the race. Over the last two laps there were four of us battling for 13th position! I crossed the line for the last lap board in 16th position, and after setting the goal of top 15 I couldn’t settle for anything less. After going into the final corner three wide I came out in 15th position, even nearly managing to pip 14th place on the line. I missed out by less than one tenth of a second, but achieved my goal of getting in the points at the first round. It was awesome to be back on the podium for winning the Women’s Cup of the race (4 seconds a lap faster than the next girl) and being presented the trophy by Phil and Cheryl of WIL Sport was even better! These two first gave me the opportunity to race in Europe four years ago, and things have come a long way since then. I’m so happy to still be a part of the WIL sport project which has steadily grown over the years. 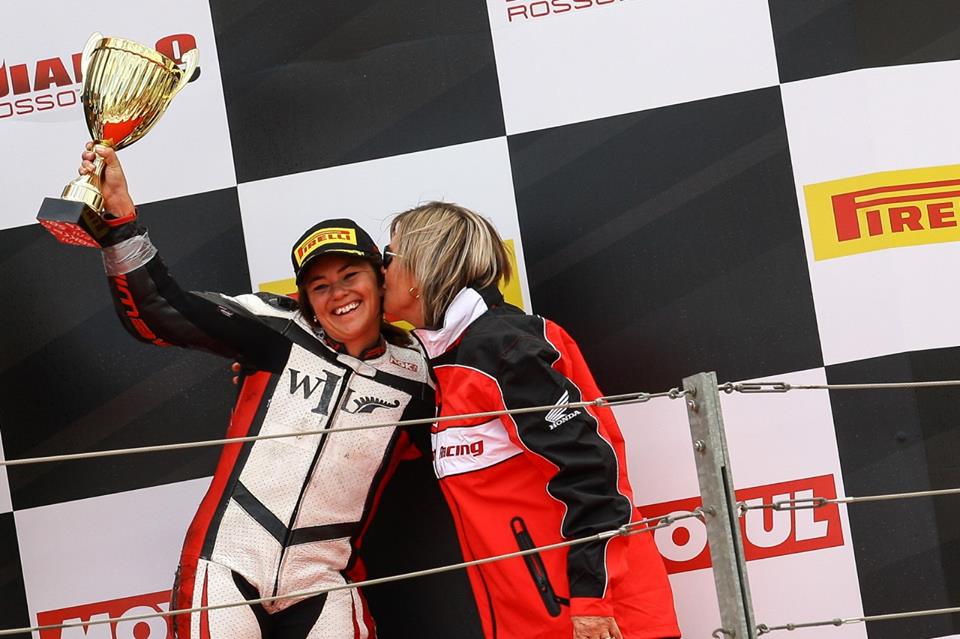 ?During the race I learnt where I really need to work on in order to improve these results for the rest of the season. It’s going to be tough but needs to be done if I want to run top 10! Thanks to my mechanic James and everyone including my amazing sponsors for your support! 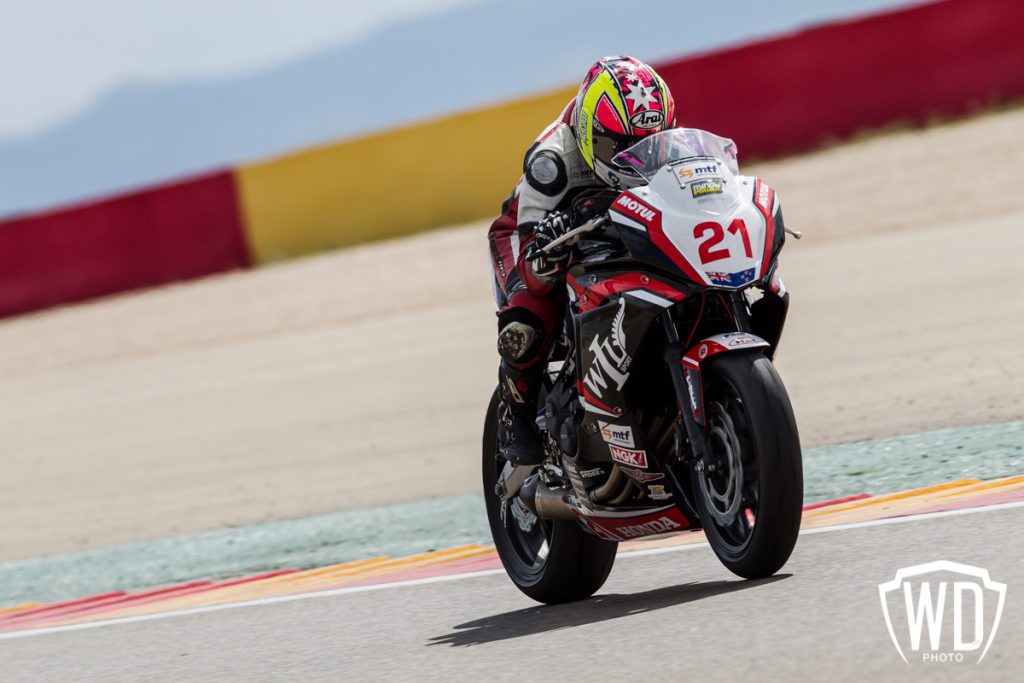 The next race is at Assen in two weeks time. The weather in Holland is always questionable at this time of year but we will take it as it comes and keep striving for the front!

Before then I will head to what will be my home base for the next few months – Germany – where I will be training hard.