With a 16 point official lead heading into the final round of the NZ championships this weekend at Taupo, John was eager to get stuck in to the racing and get the job done.

John had only seen Taupo race track once before and Avalon hadn’t raced there in over a year so Friday was spent getting accustomed to the tight, twisty circuit. Saturday saw Avalon radically improve, dropping her times by 2 seconds to be 4th fastest in the timed practise sessions, ending up in 8th position in qualifying after tough session. John ensured he was on the front row again by qualifying in 3rd.

Going in to the races we knew John needed a 2nd and 3rd to seal the championship. Race 1 was thrilling for the team and crowd as he was in 3rd and made the pass to take 2nd on the final corner!

Just when the team thought they were at the end of their nerves, John had everyone with crossed fingers and toes again during the second race as he circulated in 5th, waiting patiently till the final few laps to make the pass and claim 3rd place, and the New Zealand championship title!

‘I stayed composed; I knew I had 15 laps to do the job,” says John. “It was just hard work. I’m happy that we achieved what we came into the championship to do” 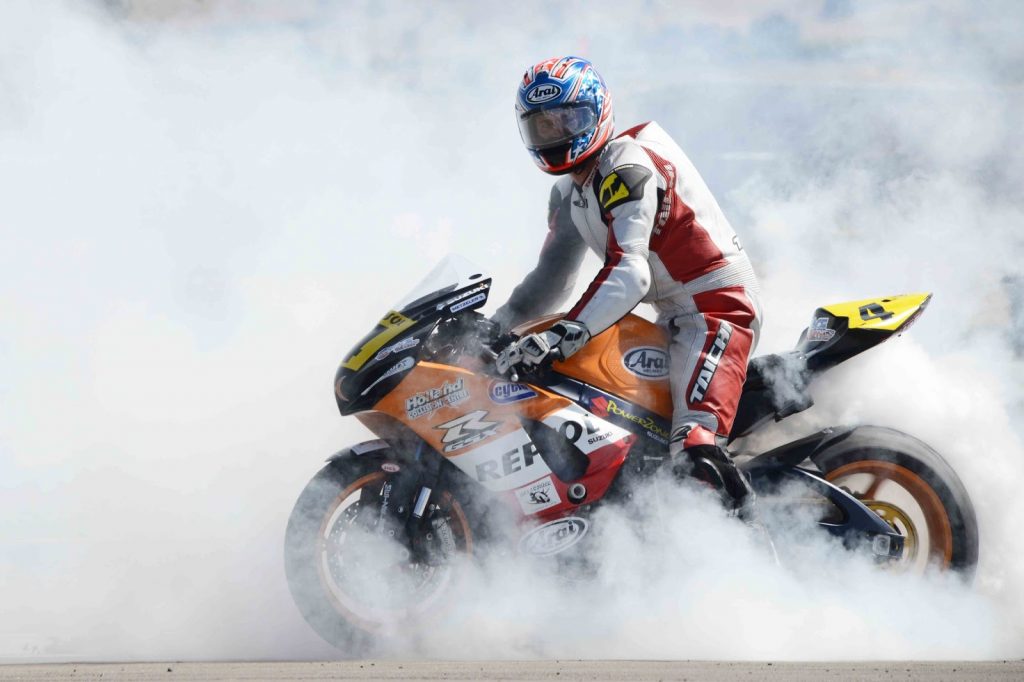 An appeal was in place about a rule broken by the 2nd placed rider in the championship so the results from this round were always going to be solely provisional but John was able to win the championship fair and square this weekend without having to wait for the result of the appeal.

Avalon finished with  8th and 9th placing’s, leaving her happy to walk away uninjured and ready for a season of racing in Italy over the next 6 months.

‘‘My goal for this season was simply to learn from the wealth of knowledge John and his team have and I definitely achieved that. Thanks to John, James, our team and sponsors for helping me improve my knowledge this much. I would have liked to have been further up overall but that will now be next year’s target! ‘’

John and Avalon pass on a massive thanks to the crew Larry, Al, James, Aden, Amy, Julia and Gareth for their help which made these results possible.

Also to their sponsors Suzuki NZ, Repsol, RaceSupplies, Metzler, Restorace, NGK, Holland collision repairs, Dynoworx Ashburton, Bikeservice tools, Dallas Alexander and many others who have helped out. We look forward to working with you all again next year!